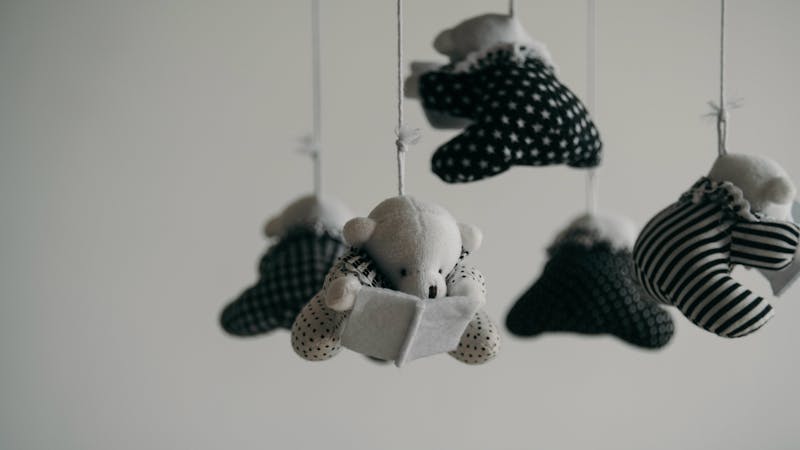 Young couples face a lot of questions. Can they use birth control? Should they? Can the wife be the breadwinner in this season? Should she? Questions like these are faced by young couples in the transition years of finishing up school and launching into careers. The email is from a young man.

“Hello, Pastor John! I’m a junior in my undergrad work with plans to attend medical school when I graduate. My girlfriend and I have been dating for about five months and are strongly considering marriage. We have the support of our church community, have preserved our physical purity, and are both maturing Christians. With medical school, I will not be able to support a family for at least four years if my girlfriend and I were to get married. My two questions are these: (1) Is it pleasing to God for a young couple in our situation to use birth control? (2) Would it be wrong to get married knowing that my girlfriend feels her main calling is to be a wife and a mom, and she will not be able to do this for four years of my medical school? What advice would you give a young couple in our situation?”

Well, I would be a hypocrite if I didn’t tell you our story, and then either regret it and ask you to do something different or affirm it and commend it to you for biblical reasons. So here we go.

“There come points in your life where you think the risk is worth it. It seems God-ordained.”

First, I want to give praise to God that you have a strong church community, and that it matters to you what they think about your relationship. I praise God you have preserved your sexual purity. What a great evidence of God’s grace and power in your life. It makes my heart sing.

Noël and I started on a similar footing of sovereign grace. We were married soon after college, and I was at the front end, at that moment, of six more years of school — three years of seminary and three years of doctoral work. Noël had no career aspirations except to stand by me and partner with me in God’s calling on my life — to have children, make a home for them, make a home for me. Her main desire was to join me in whatever dimensions of our ministry that were suitable to her gifts. So that sounds similar to your situation.

As we talked this over and sought the wisdom of Scripture, it seemed to us that for a while, it would be good for God’s long-term purposes in our lives if we postponed having children. So we took steps to avoid pregnancy — I hope without any abortifacients. The reason I say I hope is because I was so ignorant in the late sixties and early seventies. I was so ignorant. I was so naïve in those days that we may not have taken all the necessary precautions that we should have to make sure the way we were avoiding conception was in fact non-abortive. I tremble at what we may have unknowingly done. But nobody needs to make that mistake in ignorance today.

Now similarly, we talked it over and sought the wisdom of Scripture about Noël being the main breadwinner for a season. It seemed to us fitting that she would be our main support financially for a while, with me providing some income with a teaching assistantship. Groceries were about $10 a week and our little back house in Pasadena cost $75 a month. And we liked it.

We just got by. We had no savings, and we had almost no debt. I say almost because there was a little point when I took out $1,500 at the end of the semester. I went ahead and took out a student loan, which I paid back by cutting it in half by this special deal they had. So I don’t want to say no debt — almost no debt.

Then we headed off to the graduate school in Germany, and even though Noël got a job at the European Exchange — she had worked now for three years; she was our main breadwinner all through seminary — we both were beginning to feel, now, into our fourth year of marriage, that postponing children any longer was just undesirable. We wanted children, and we couldn’t imagine waiting six years. That just seemed not good.

“The fact that we did it this way doesn’t make it right. But I think doing it this way can be right if your heart is right.”

So we dispensed with the contraception and bang — pregnant almost immediately. We had no clear plan. None. Whether you want to consider this wise or not, I would do it again. We had no clear plan for how to support ourselves or pay for school. You might think that that was just foolhardy. But there come points in your life — I want to be careful with this. I won’t say it’s normative and you always have to act this way, but there come points in your life when you think the risk is worth it. It seems God-ordained. You don’t claim any infallibility; it just seems right.

We only knew that it seemed right at that point to move ahead with a family. Seven months into her pregnancy, Noël resigned from her job. She has never worked outside the home in a regular job since then — it has been 46 years — at her own choosing.

Now, we didn’t know what we would do financially, so we prayed earnestly for wisdom and for provision. The phone rang one afternoon, and my professor Leonhard Goppelt said, “Herr Peeper” — he called me “Herr Peeper” — “a student from Africa had a stipend from the Bavarian state church, and he’s not able to come. Would you like to have the stipend? It’s only for foreign students, and since you’re married, it will be 770 Deutschmarks a month.”

Now, of course, the fact that we did it that way doesn’t make it right. But I think doing it this way can be right if your heart is right, and if you are trusting the promises of God and seeking to be holy in all that you do, with a view to glorifying Christ in everything.

Let me say a word about the circumstances in which birth control — or conception control would be better — could be right. I’ve done two Ask Pastor John episodes: “Should Christians Use the Pill?” and “Is Permanent Birth Control a Sin?” You can find them at the Desiring God website.

The gist of the argument is this:

“There may be kingdom reasons for postponing pregnancy — not just selfish reasons.”

A Season of Working

Now with regard to Noël working as the main breadwinner for a season, we considered that was a kind of extension of two biblical realities. One is that women in the Bible, and all through history, were almost always fully engaged in making the farm a sustainable enterprise, or whatever other family business sustained the family. Just read Proverbs 31. Nobody’s a couch potato in this family. It takes everybody to make the enterprise of our family work, to put bread on the table.

The other reality is that in thousands of situations a husband may be either dead or incapacitated, which means that the sustaining of the family falls on every able-bodied person, especially the mom. Our thought was that my schooling, that short season, was essential to the long-term enterprise of the family as we conceived it.

So, I hope that helps to give you at least a glimpse of one fallible couple’s effort to walk in the truth.

Listen to The Stories That Surround Your Making

Making Room for the True Gift of Christmas