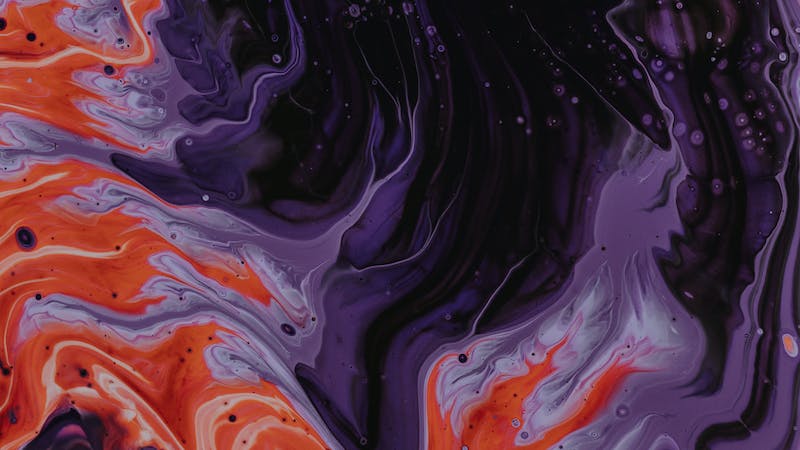 This is the first of two letters on the demonic distortion of the virtue of compassion. Read the second titled “The Enticing Sin of Empathy: How Satan Corrupts Through Compassion.”

Your last letter reminds me of just how far you have to go in the science of tempting. Your whimpering and excuse-making at your patient’s growth in the virtue of compassion is unusually pathetic, even for you.

Of course, it is a setback and, of course, you’ll be reprimanded for it. But as a member of my department, I expect for you to respond to these new challenges with the same courage and resilience that I would in your situation. Not that I would ever be in your situation; as I told you in previous letters, you must be wary of any growth in sympathy in your patient and make efforts to divert him into more fruitful pursuits. But the young never regard the wisdom of their elders, and now you are paying for your negligence.

Even as you suffer the necessary consequences, however, do not lose your head. Compassion, like all of the Enemy’s qualities, is corruptible. In fact, the sheer intensity of its goodness means that, when corrupted, it becomes a most potent demon.

It is a strong feeling and retains its strength even after it has been diverted from the Enemy’s service. This in fact is one of Hell’s greatest triumphs: that we are able to steal the power and might of the Enemy’s works and turn them to better uses. Even if we are unable to injure him with his vile weapons, we may at least injure his pathetic little statues on earth.

Your elders labor to hide whole systems of thievery in robes of compassion. As a lesser tempter, however, you must be content to corrupt compassion at the level of your individual patient. The simplest way to do so is to link compassion to another virtue such as truth-telling, and then have the second virtue swallow it up. The Enemy wants the humans to have “bowels of mercy”; he wants them to practically ooze with sympathy and pity, which, though guided by reason, are nonetheless animated by deep feeling and affection.

You must instead quench the flame of feeling and substitute right thinking in its place. Teach him to regard “speaking the truth in love” as a redundancy, as though any true thing he said is loving whether or not it is fitted to the occasion, and whether or not he is the proper messenger for it.

I had a patient once who lived by the mantra “The most loving thing we can do for people is to tell them the truth,” and was thereby constantly immunizing others against the Enemy’s warnings and promises. His demeanor was so off-putting that words which might have been a great comfort to others in his family and his church (and therefore a great threat to us) became a by-word and a mockery.

All Things for Good?

This tactic is especially useful for statements like “God works all things together for good.” We, of course, deny the truth of this; it’s only blind luck that some of our greatest assaults have been foiled as if by some deeper plan. Our efforts to wipe out the Enemy’s chosen family a few millennia ago prove this all too well.

I remember when Scabface made his audacious proposal in the Infernal Council (I was a young tempter then, an aide to one of Scabface’s rivals). His team would stoke jealousy among the twelve brothers, provoking them to kill the patriarch’s favorite, using dreams that the Enemy sent the favorite as a pretext (another example of Hell corrupting the Enemy’s works). Meanwhile, while the holy family was thus in turmoil, Slubgob’s team would initiate a famine that would wreak havoc in the ancient world, with the aim of causing the entire company to starve. We had it all planned out. Send plenty and abundance first in order to lull the idiots into a false sense of security. Humans are notorious for thinking that the present state of affairs is permanent when all of their histories demonstrate that such a belief is absolutely ludicrous. Then, when they think the good times will never end, break all supply of bread and watch them wither away and perish.

It was simply unlucky that the favorite rose to prominence in the way he did; we threw everything we had at him: discouragement, sexual temptation, slander and false accusation, being forgotten by those whom he helped and who owed him their lives and livelihoods. But he was constantly surrounded by that piercing fog of brilliance that indicates the Enemy’s presence. Even then, we were not worried. Plans for the famine were proceeding apace. Who could have predicted that the favorite would rise so high in the pagan court? We had the Egyptian king and his whole household well in hand.

And how could we have foreseen that he would have the wisdom and wherewithal to prepare for the famine and save not only the Egyptians but his own ungrateful family? That he would have his own persecutors in his power, and simply forgive them, was so outlandish that none of Hell’s prognosticators could have ever predicted it. Luck, Wormwood, dumb luck was our downfall.

But the worst of it is that the Enemy has made hay of such blind chance. He has the audacity to take credit for it! To claim that all things work together for good, that what we and the jealous brothers had intended for evil, he had always intended for good. The pretense to take credit for our work, as though we were merely his puppets. What propaganda! What froth and nonsense! Nevertheless, this “truth” has been great comfort to numerous of the Enemy’s pawns, even as we have ripped everything from them, and were it actually true, it would no doubt demoralize even our fiercest tempters.

We can neutralize even this advantage of the Enemy. Render the claim “All things work together for good” into a platitude, into a trite saying that is most at home on greeting cards and kitsch. Let it flow easily from the lips of those who live in comfort and ease so that rather than being a salve to the wounds of the afflicted, it further inflames their pain. The balm of Gilead becomes a source of resentment and bitterness.

Once you’ve trivialized the saying, you may use it to corrupt compassion. Use your patient’s belief in it as a tool which he wields against the suffering. When he comes face to face with real suffering, make him think that the first and most important act of compassion is to correct the thinking of the sufferer.

When a woman is weeping over the loss of her child, questioning the Enemy’s goodness, let him intrude with “All things work together for good.” And teach him to say it in such a tone of voice that communicates the obviousness of its truth. Let him offer it as a correction thinly veiled as a comfort. That way, when the platitude is resisted, you can nurse in him the self-pitying feeling, “I was only trying to help.”

Let him, however unintentionally, heap guilt and shame upon the grieving. Let him give the impression that the proper way to suffer is the Stoic way — unfeeling and confident in the face of loss. Build up the impression in his own mind; let him even practice it for himself and then turn his mode of suffering into a standard by which he evaluates others. In this way, you can even use his success in enduring affliction as a weapon against others.

Never let him suspect that his eagerness to insist upon this “truth” is actually owing to his (very reasonable) doubts about its truthfulness. His discomfort in the face of real suffering and sorrow leads him to turn the Enemy’s potent weapons into platitudes that not only fail to comfort the afflicted but actually further afflict them.

You must bring him to a place where he attempts to steer the emotional vehicle of every sufferer that he comes across. Make him think that real displays of lamentation are an assault on the Enemy’s character, and as a partisan of the Enemy, he must take up the cause and justify the ways of God to men, even to a grief-stricken mother.

Teach him to always look for the silver lining in other people’s troubles (though of course make sure that he never looks for it in his own; Hell forbid that he ever actually learn to give thanks in all circumstances, including the ones that he finds most discouraging, frustrating, and sorrowful).

The trick is for your patient to try to cultivate gratitude in others by comparing their sufferings to greater ones. The mindset we want to see is the one that starts from the premise “It could always be worse,” and then moves from that true but irrelevant statement to “And therefore you’ve no right to grieve as you are.” As I’ve told you a thousand times, Wormwood, comparison is always a tempter’s friend.

You may think that such errors would be easily avoided by the patient, but you’d be wrong. In the same way that they love to collapse virtues into each other (like they do with “speaking the truth” and “loving”), they equally love to abstract virtues from each other. Thus, it’s no trouble to teach him to “be compassionate” (that is, “Speak truth with no regard for timing or propriety”) while ignoring the Enemy’s demand for patience, long-suffering, wisdom, and fitness.

In fact, this is one of the more amusing ways to fuddle the humans: At the exact moment that he is urging patience and joy to the grieving mother, he himself is being impatient about the fact of her ongoing sorrow. He finds her continued grief unendurable at precisely the moment when he is exhorting her to endurance. The frustration resulting between two people on such occasions, especially if they are closely related, is one of the simple joys of a tempter’s life.

But there are other and more delicious ways to corrupt compassion. Next week I’ll teach you how to turn the virtue of compassion into the sin of empathy.